Incorporated in 2005, Liberty Security is a Canadian privately owned company based out of Edmonton, with corporate offices, authorized dealers, and service providers located across the country. We are a team of motivated and caring people that has become

a leading provider of security and safety services for homes, seniors, and businesses of all sizes across Canada.

We tirelessly source, test, and leverage the very latest in technology for life safety, property and asset protection. We have installed residential and commercial systems across Canada. We also service over 100 healthcare facilities in Canada. 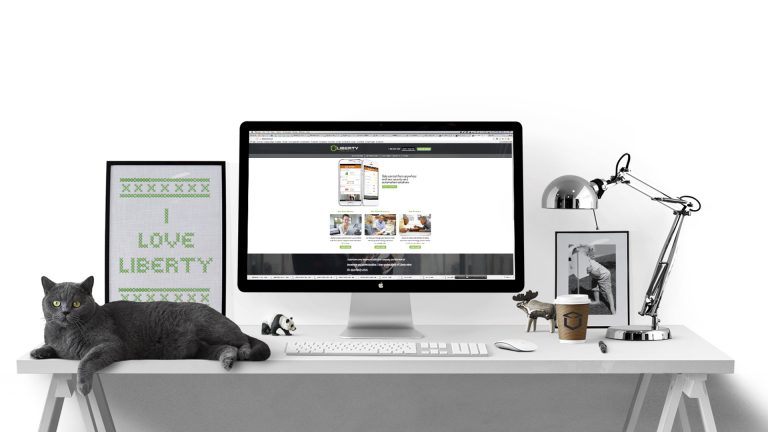 To create safer communities by connecting people with their homes, businesses, and each other.​

How we do it

By embracing technology and by inspiring and developing people, we will deliver the industry’s best experience to our customers.

It should be simple and easy to be a customer. Our customers should feel safe, connected and protected.

We are dedicated to the communities in which we live and work. As such we do our best to give back and volunteer whenever possible, including hosting our annual Liberty Classic Charity Golf Tournament. Here are some of the charities and groups we support:

We always have opportunities for hard working people who care about what they do. We are looking for the following:

This is an abridged version of an article originally published in Alberta Venture Magazine as part of their ‘Fast Growth 50’ list.

As far as financing strategies go, the one that Nathan Baldry and his partners used to get his business started certainly qualifies as unconventional. Using a $5,000 line of credit and a no-interest, no-down-payment credit card from Best Buy, they bought the equipment they needed to start Liberty Security Systems.

“We were raised with the idea of not having any debt, so we wanted to have as little debt as possible with as few obligations as possible. We could have gone to parents or aunts and uncles, but we felt like we wanted to do it on our own,” says Baldry.
Eleven-and-a-half months later, he says, they paid off the balance on that Best Buy credit card, and the business was up and running.

It was no coincidence that Baldry made his first major purchase for the company at a Best Buy. He wanted to build a business that offered more than just the usual array of key codes and sirens, and today Liberty embraces a technology-first approach to home security. That means clients have access to a whole range of high-tech goodies, from live-streaming security cameras to the ability to activate and deactivate alarms and appliances from hundreds of kilometres away through a smart phone. It’s a concept that Liberty calls home automation, and it has become the key selling point for the company.

Russell Keddie, one of Liberty’s managing partners, thinks the company’s decision to empower customers is the key to its success.

“The traditional customer service model is that you have people on phones and somebody calls in,” Keddie says. “The new model for customer service is giving them the power themselves. They can get notifications to their Smart Phone through text message or email, or push notifications.” The notifications can include a low battery, power outage, an alarm event – basically anything going on with the system. “That way they can know what’s going on. It puts the power in the customers’ hands, streamlines our business and gives the customers better services.”

“People think of burglar alarm companies as door contacts, motion sensors and an alarm,” he says. “We do that, but it’s becoming a fragment of our business now. Our systems become a gateway into the home.” Clients can now arm the system as they wish, control the thermostat and turn the lights on and off. “There are an infinite number of applications for our services,” he continues. “Some customer will think of something next week and come to us, ask us about it, and we will figure out a way to make it work.”

An ability to find solutions to customer demands stems in part from the company’s embrace of cloud technology. Avoiding traditional landline infrastructure and integrating cellular systems in their place allows Liberty to deliver data to the user whenever they need it, not just when an alarm is going off. The impact goes beyond a simple phone call, too. For example, Liberty’s high-tech set-up allows it to notify parents with a text message when their son gets home from school, or a business owner with an email that tells him how many customers entered his store on a particular day.

Another company edge results from its refusal to outsource services. In an industry where most companies are based outside of Canada or outsource services to a network of international dealers and call centres, Liberty stands apart. By building strong relationships within the relatively small geographical region it operates in, Liberty uses local knowledge to reach customer service goals and differentiate itself from the competition.

Keddie says Liberty’s open-minded approach to new technology isn’t a gimmick. The services it offers can, he says, mean the difference between life and death for their clients. Keddie recalls a recent story in which a customer had a stroke, but managed to hit the emergency button on her security system before she passed out.

“The ambulance was dispatched, they got her to the hospital and thank goodness everything turned out all right for her,” he says. “If she didn’t have that system, who knows what would have happened? Those are the things that make me happy about what we do.”